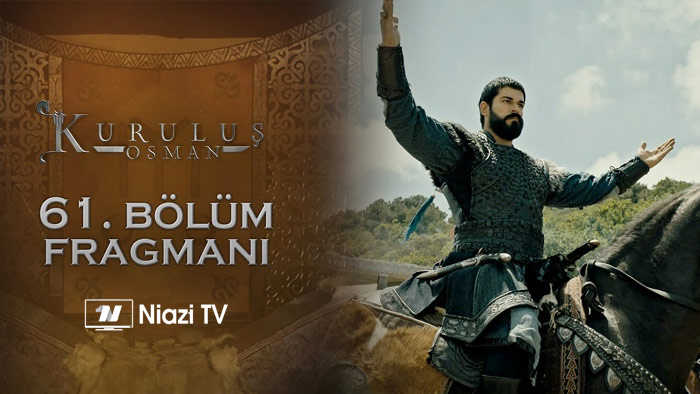 “If we do not take revenge, what we hear will be haram for us!”

Kurulus Osman Season 2 Episode 61 in Urdu will released on  2nd of June 2021 on Turkish atv channel at 10pm according to the Pakistan Time. In the episode 60, as well see Bamsi has been died, so the both tribes are in anger. In Kurulus Osman Episode 61 both tribes will propagate their war strategies against each other.

Kurulus Osman Season 2 Episode 61 in Urdu famous dialogues are given below in English Version!

A wedding ceremony is set up in Kayı Obası for the marriage of Osman Bey and Malhun Hatun. While a magnificent wedding is being held with the participation of the Turkish gentlemen of the tip region, Bala Hatun tries to take his pain in despite his consent to this marriage. With the arrival of the season, after the wedding ceremony, it is decided that the Kayı obas will migrate to the Domaniç Plateau. While preparations continue at full speed in Oba, despite the warnings of the Mongolian governor, Togay breaks the agreement and decides to attack Osman Bey.

While Osman Bey is staying behind to deal with his affairs in Söğüt, after a while the immigration train set off, he was attacked by the Mongols under Togay. Bamsı Bey, responsible for the safety of Qatar, is seriously injured by Togay. Hearing about the attack, Osman Bey and his alps took action to repel the Mongolian attack.

What will be the fate of Bamsı Bey, who was seriously injured? What is the goal of Togay, who broke the deal and attacked Kayı Obası? What will Osman Bey do to repel the Mongol attack? What will happen at the wedding of Osman Bey and Malhun Hatun? Will Bala Hatun and Malhun Hatun be able to resolve the disputes between them? How will Nikola benefit from the Togay-Osman Bey war?