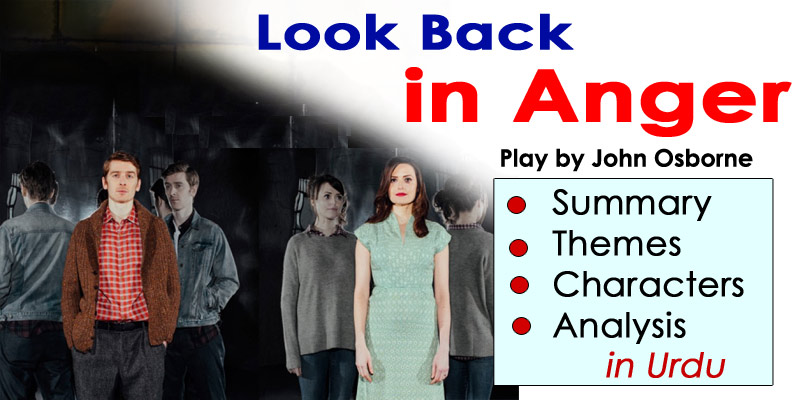 ADVERTISEMENT
Look Back in Anger Urdu Summary – A Play by John Osborne
Look Back in Anger is a play by John Osborne in which he describes the upper & lower class in a very realistic way, in which he focuses on the marital struggles of a young & educated man who does much more for the sake of happy life but he defeated from the class system. This play was firstly performed on May 8, 1956 and setting of this play set in a one flat room, English Midlands 1950s. Firstly this novel was published in English language but later on it was translated in to many other languages as well as a movie was published on this play. Major characters of this play are Jimmy Porter, Alison Porter, Helena Charles, Cliff Lewis, Colonel Redfern. For more comprehension & understanding, please read the Introduction, Critical Review, Summary & the characters of the play in Urdu below;.