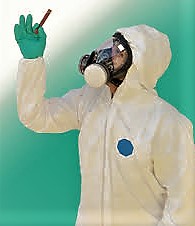 Coronavirus (CoV) disease of people is normally not related with serious infection. Be that as it may, disclosure of the serious intense respiratory disorder (SARS) CoV uncovered that exceptionally pathogenic human CoVs (HCoVs) can develop.
The ID and portrayal of new HCoVs is, in this way, a significant errand. As of late, a HCoV named NL63 was found in patients with respiratory tract ailment. Here, cell tropism and receptor use of HCoV-NL63 were broke down. The NL63 spike (S) protein interceded disease of distinctive objective cells contrasted and the firmly related 229E-S protein yet encouraged section into cells known to be lenient to SARS-CoV-S-driven disease.
An investigation of receptor commitment uncovered that NL63-S ties angiotensin-changing over catalyst (ACE) 2, the receptor for SARS-CoV, and HCoV-NL63 utilizes ACE2 as a receptor for disease of target cells. Intense killing movement coordinated against NL63-however not 229E-S protein was identified in for all intents and purposes all sera from patients 8 years old or more seasoned, recommending that HCoV-NL63 disease of people is normal and ordinarily procured during youth.
Here, we show that SARS-CoV shares its receptor ACE2 with HCoV-NL63. Since the two infections contrast drastically in their capacity to incite sickness, examination of HCoVNL63 may unwind pathogenicity factors in SARS-CoV.
The continuous HCoV-NL63 contamination of people recommends that profoundly pathogenic variations have adequate chance to advance, underlining the
requirement for immunizations against HCoVs.

Plasmids. Eukaryotic articulation vectors for murine hepatitis infection (MHV) and cat irresistible peritonitis infection (FIPV) S proteins were built by seclusion of the individual parts from pTUG31-MHV-S and pTUG31-FIPV-S by utilizing BamHI followed by addition into the BglII site of pCAGGS. A pCAGGS-based plasmid for articulation of the 229E-S protein was built by PCR enhancement with a part including the 229E-S quality as layout followed by inclusion into pCAGGS by utilizing KpnI and XhoI.
For articulation of NL63-S, RNA from HCoV-NL63-tainted cells was segregated and reversetranscribed, and the NL63-S coding area was intensified and cloned into the pCAGGS vector by utilizing EcoRI and XhoI. The eukaryotic articulation plasmid for SARS-CoV-S is portrayed in For development of dissolvable Fc combination proteins, HCoV-S1 subunits were enhanced by PCR and embedded into plasmid pAB61.

Surface articulation of ACE1 or ACE2 on transfected 293T cells was identified by FACS examination with refined polyclonal antibodies coordinated against the separate proteins (R and D Systems) in blend with a FITClabeled auxiliary counter acting agent (Dianova, Hamburg, Germany).
Solvent Fc combination proteins were temporarily communicated in 293T cells, concentrated from culture supernatant by utilizing CentriconPlus ultrafilters (Millipore), and brooded for 30 min on ice with 293T cells communicating either pcDNA3 or ACE2.
Bound Fc combination proteins were along these lines distinguished by utilizing an antihuman Cy5-coupled auxiliary neutralizer (Dianova). Restraint of S-Mediated Entry into Target Cells by Soluble ACE2.
Solvent ACE2 ectodomain was concentrated from the supernatant of temporarily transfected 293T cells as portrayed. For restraint of S-interceded contamination, NL63-, SARS-CoV-, or 229E-S pseudotypes institutionalized for equivalent luciferase action endless supply of Huh-7 cells were preincubated with different weakenings of solvent ACE2 for 1 h at 37°C followed by disease of Huh-7 objective cells. Luciferase movement in the cell separates was decided after 72 h.

NL63-S, 229E-S, or control pseudotypes institutionalized for equivalent luciferase endless supply of Huh-7 cells were preincubated with a 1:50 weakening of human serum tests for 1 h at 37°C.
On the other hand, cells were brooded with purged polyclonal antibodies coordinated against ACE1 or ACE2. From that point, Huh-7 objective cells were contaminated, and luciferase movement in the cell extricates was resolved after 72 h.
For hindrance of HCoV-NL63 replication, LLC-MK2 or Huh-7 cells were brooded with ACE1 or ACE2 antibodies for 30 min before disease with HCoV-NL63 at a variety of contamination of 1.6 102 (LLC-MK2) or 3 102 (Huh-7).
Infection replication in the way of life was surveyed on day 4 or 5 after contamination by scoring advancement of a CPE.
http://feeds.feedburner.com/ecarepk
ADVERTISEMENT
ShareTweetSend
ADVERTISEMENT
Previous Post