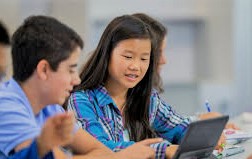 In modern world kids
show interest to movies and they inspire by their favorite hero and copied them
in their daily routine. Now it’s important to show some interesting and
learning topics to our kids.

The kids learn many
things by seeing educational science movies. They make your child mind so
creative and deal every problem of life smartly. They also learn some different
language and listen different words vocabulary easily. This is critical not
only to learn but also to make full use of the various possibilities and
facilities we have with us today. Films teach students about the technical
development of the plot material as well as the cameras and lenses.

Here are following movies available for your guidance.

The planet it is an
educational science movie in this movie the solar system of earth are discussed
the child learn easily their names and also tell about their positions. Its
based on total 8 episodes and documentary type movie.

This movie
is an animal based and their main focus about little animals that are present
on earth. Its promote the knowledge of kids about insects their habits. After
watching this movies your child feel love about tiny creatures and know how to
deals its.

Film tells audience to
how our engineer change the world structure through invitations of robot and
use of robot in daily life.

Movie tale created four character of American
Mexican students that make robots by the use of cars spare parts in the
gaudiness of their teacher in which show full technology and interesting use of
spare things.

Moon is a science fiction movie in which interaction
between humans and alliance intelligence. He spent three year of his life on
moon with computer.

Teenager American story that show  adventure and funniest things together at one
platform. Marty McFly a film character that
sent back in their past accidently by the invitation of time machine by the
speed velocity of 88 MPH

Movie story based on book “Rocket Boy” in which the little
boy inspired by first sputnik launch and started dream to make a rocket. They
faced many challenges in their life but At last he make own dream true and
became a scientist.

An epic tale about how the sons of illegal Mexican
immigrants learnt from cheap PVC components to create an underwater robot. The
film was released theatrically on July 11 at AMC Theatres in Los Angeles, New
York, and Phoenix. The White House unveiled the project; opened Clinton Global
(moderated by Chelsea Clinton); and screened at the Aspen Ideas Festival. It is
the center piece of the latest cultural involvement programmer by NBC Universal
focused on exciting the next generation of Hispanic engineering students. It is
currently embarking on a tour of 100 cities.

A squad of explorers
were struck by an unexpected storm during their stay in Mars, and have to
abandon their mission and go to Earth. One of the crew members, Mark Watney, is
struck by the storm and thrown away during the evacuation. The crew were
compelled to abandon him believe that he died because of a spacecraft rupture.
But Mark persists and still must find ingenious ways to reach the remaining
meagre of supplies before the next Mars planned mission four years away. As a
botanist, he tries to cultivate food and thrive on earlier missions. NASA will
soon be studying and attempting to offer him a bold and risky mission.

It is important to a
child’s science education to deliver diverse films, themes, messages and visual
universes. As with books and educational science movies kids learn how to do
experiments and invent new things.