Flow Of Genetic Information, Replication, Transcription And Translation, Roles Of RNA and Types. 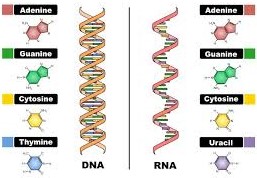 ▉ The flow of information are following.

First the DNA play most important role and act as a command center.DNA is the center where instructions are transmit to RNA and than RNA synthesize protein for gene expression.

In replication double stranded DNA is denature and convert to single stranded.
Flow of information from DNA to RNA is called transcription.
RNA obey the instruction of DNA and synthesize protein.
▉ Different between DNA and RNA.
▉ RNA Types and their Roles are following:
This type of RNA is newely synthesize from first one and not changeable form.
Editable form new version carry the code of nucleic acid.
Act like translator and based on its anticodon to mRNA.
Interference and behave regulatory molecule.
It function to make above 60% of ribosomes.
Is a enzyme of RNA molecules.

In gene one strand act as template strand.These strand are opposite start from 5 to 3 template.Codon of DNA compose 3 nucleotide In which 64 combination of codon are present.This code is same for all organisms in world. 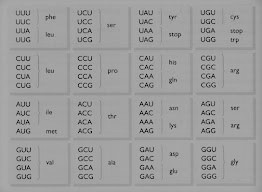