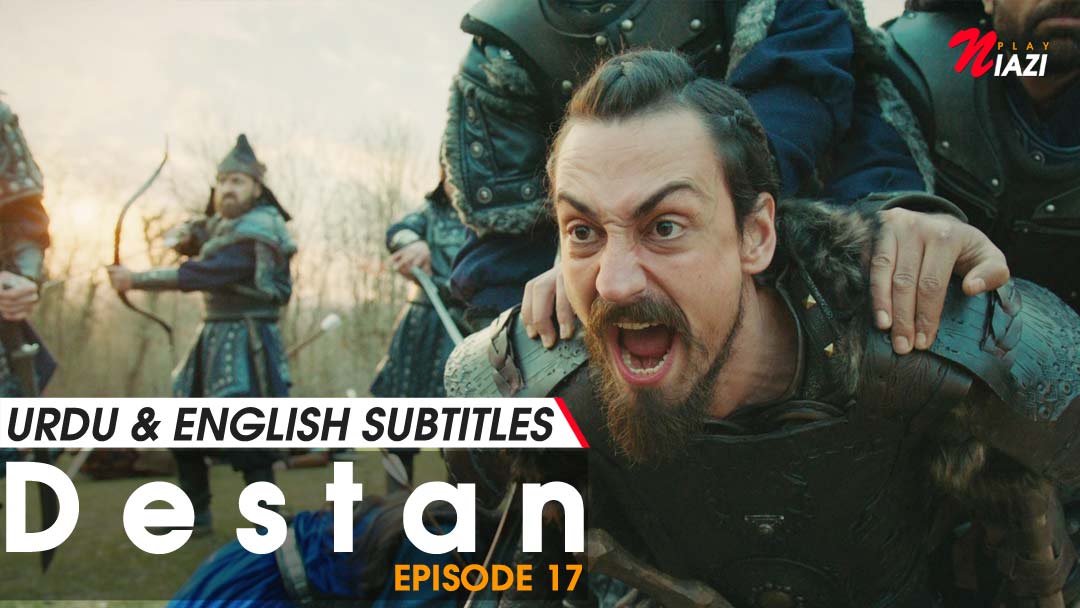 “Mei Jin either you die or you become our dog! Which one?” Is it the end of the road for Ulu Ece?

Destan Episode 17 in Urdu Subtitles, Akkız encounters unexpected surprises on her journey to find her mother. When he tells the truth to his father in Batuga, he gets an unexpected reaction. Taizu and Vargi flee to escape death, but Batuga and his friends are ready for it, they have cut all paths long before. What will be the fate of Taizu and Vargi? Is it the end of the road for Ulu Ece, who caused the death of Tılsım Hatun with the game she set up? Will Vargı betray Ulu Ece?

Destan Episode 17 in Urdu Subtitles in order to unite his divided country and get rid of Balamir’s ambition for power, Batuga offers his own khanate to the tribesmen who do not want Alpagu Khan, but he is too lazy and cannot hold a sword with both hands, which closes the doors in front of him. Akkız’s “Isn’t it better to have a two-headed wolf that feeds you instead of a cruel two-handed Han that cuts off your fathers’ necks?” Even his rebellion is not accepted. Batuga and Akkız are also looking for a way to heal that bald arm. The effort to heal causes Akkız and Batuga to be unable to hide their feelings for each other. Will Akkız and Batuga be able to persuade the clan beg and seize the Khanate? Will they be able to prevent the war and prevent the bloodshed of brothers?

In Episode 17 of Destan Series, Alpagu Khan; When he learns the truth about Talisman, he experiences a great internal reckoning, but as a Khan he pursues his state, not his pain, and hunts those who rebel against him… He sets up a game over Akkız for those who rebel against him. Alpagu Khan, raiding the assembly made by Batuga with the boy beg, shoots Balamir with arrows and injures Cholpan with sword blows. What will be the fate awaiting Balamir and Cholpan? Will Akkız be able to stop Alpagu Han?

What will happen in Destan episode 17 in Urdu? In Destan Episode 17 in Urdu Subtitles, when Balamir and Cholpan took the western Gök Khanate, Alpagu Khan declared war. When the sons of all the clan chiefs killed by Alpagu Khan abandoned him and joined Balamir, … …there was only one solution left. And that is asking for support from China in exchange for salt. Batuga’s prediction that “if the country is divided, China will invade” is about to come true. Akkız and Batuga split into two to prevent this and carried out a large operation.

Temur, on the other hand, chose his side and sided with Batuga. Akkız and Temur allied themselves with the Sabars and attacked all the salt reserves of the Gök Khanate. Batuga and Saltuk, on the other hand, wanted to force their tribesmen,… …who were devastated by the smallpox epidemic and the salt shortage,… …to make peace with the vaccine. against smallpox and the promise of salt. In the Destan Episode 17 in Urdu, the great plan of Akkız and Batuga did not please Balamir,… …who was playing for the khanate of the new state, and he set out to eliminate Batuga.

Batuga, who wanted to force Alpagu to meet with the clan chiefs by taking the salt that he would give to China,… …got rid of Balamir and told the whole truth to his father Alpagu Khan. This scene was really impressive. We can say that Alpagu Khan has learned everything now. While in Destan Episode 17 in Urdu Batuga asked Alpagu Khan for help. If Akkız’s mother is founding, she will tell her father the whole truth. More precisely, it will explain who created this game. Now the scary days are near for Great Ece, Kaya, Taizu and Mei Jin. Yes folks, we have come to the end of another video. You can reach the official channel of the series from the letters and explanations section.